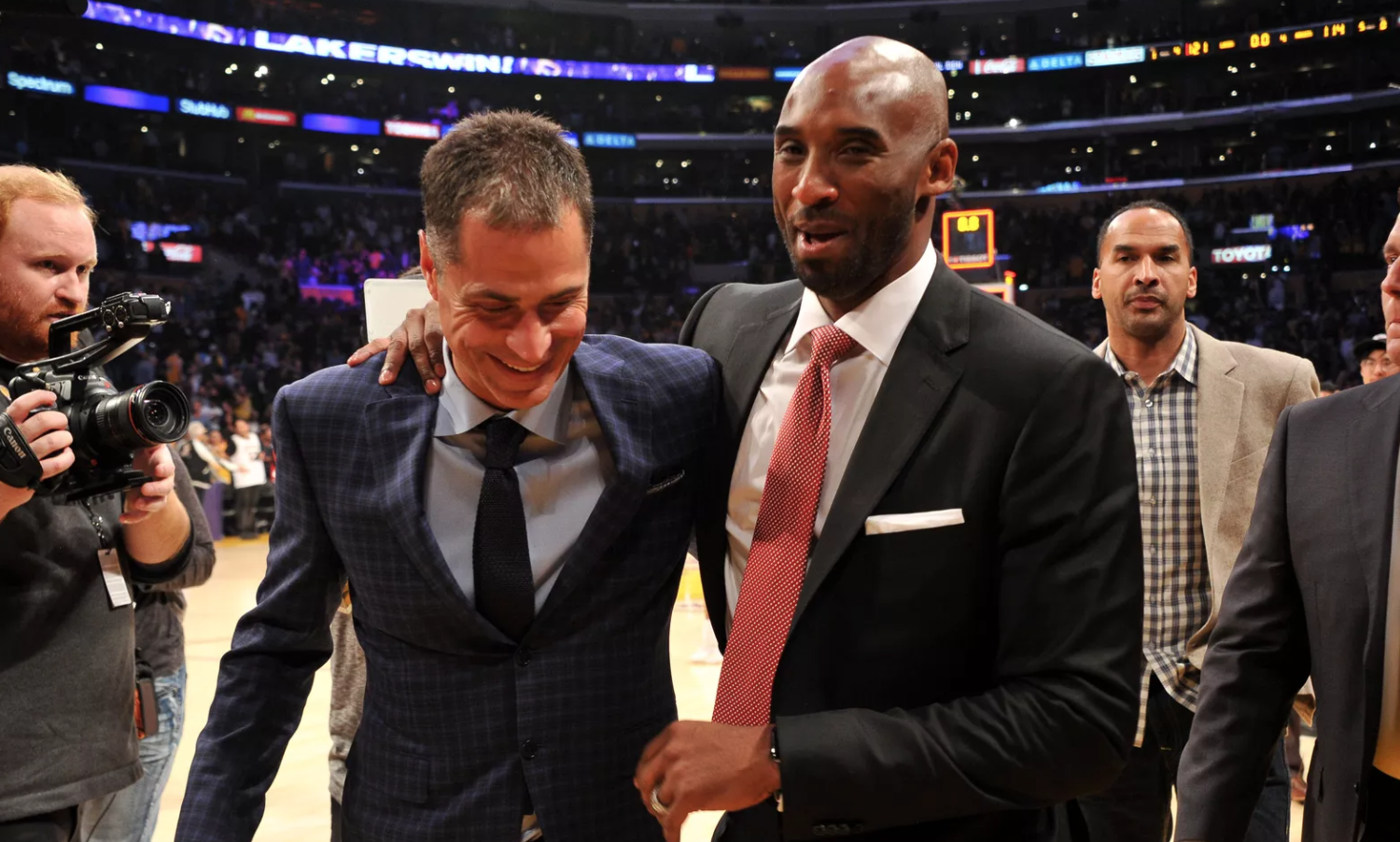 Tiger Fight, October 25th. Today, Lakers general manager Rob Pelinka was interviewed by the show and talked about some of his past with former NBA player Kobe Bryant.

"I was very anxious for several nights in the park. At that time, I seemed to hear Kobe's voice.'Focus on the process and complete the task,' I heard him as if to say to me." Pelinka said in the interview .

"I remember he looked into my eyes and said to me,'Hey, I know how you work. I know how dedicated you are to work. I also know that you are a chess player. I think you can Let the Lakers win an NBA championship in the next 2-3 years,'” Pelinka added, “I remember I told him at the time,'You must be crazy.' We had no salary space at the time, our management at the time Signing a few free agents made us lose salary space. I remember looking at him as if I was saying, "You must be crazy, but I will go all out to achieve my expectations."